It was winter time at the Mountain of Attention Sanctuary. Snow all around. Beloved Adi Da Samraj was in the bath house, which is called Ordeal Bath Lodge. We chanted on the lawn just four of us for what seemed hours. Although we were freezing cold we were ecstatic. He didn’t come out like we hoped He would. We were longing to set eyes on His Beautiful Form. He stayed in there for many, many hours!

We began chanting and soon we were ecstatic. It is so happy to forget oneself in worship of the Divine! At some point we changed lead chanters, and there was some kind of false start, there was a short gap in the chanting as we tried to get our act together. Soon we were ecstatic again, so happy just chanting to God in human form, our Beloved Heart Master!

Later we were told by the masseuse that Beloved completely enjoyed the chanting. She said, that she could feel as she touched Him, that His whole body was completely filled by the devotion of His devotees. She went on to say that when we stopped chanting and there was that break, she felt a huge energy drain from His Body, and that when we started chanting again she felt His Body fill up again with Love-Bliss

Although He is physically departed from this world, His Spiritual Presence can still be palpably felt if one is in right devotional relationship to Him, recognizing Him and responding to Him in devotional love surrender. He still lives for the devotion of His devotees

It is my experience, as it is for many, that when I am aligned to the Guru, when I am gifting Him for real He lets me know, I feel that I touch His Heart, and He is moved to Bless me, and He Transmits His Love-Blissful Presence through my head to my heart, and my whole body sings with His Bliss, and there is no greater feeling that I know in all the world than this Guru bhakti and Guru bhava, this great Joy, Happiness and Heart-Pleasure of receiving the Love-Blissful Blessings of my Master, that Love Transmission I feel in my Heart, that is unmistakably Him 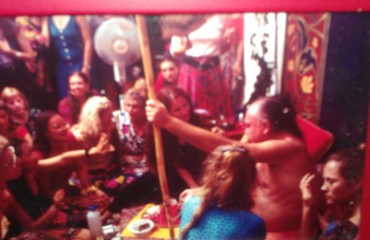 ‘You are holding it upside down’: Adi Da Samrajashram, Fiji,1995 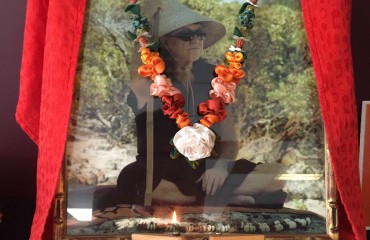