The Rock Of Naitauba Picture Show I was on Naitauba on retreat so looking forward to dropping out, dropping into contemplative ecstasy. ‘Simon’ Michael said, ‘Beloved Said He wants a skit night on New Year’s Eve. There is a meeting of the comedy guild tomorrow evening can you make it?’ Hmm I wasn’t sure I wanted to be getting so ‘outward’ in my attention, but ok I did it, turned up. Just me and Michael there. Hehe. ‘Michael where’s the comedy guild?’ ‘Simon it’s you, none of the other guys want to participate, last year was an embarrassing flop, they did a take off of Black Adder – it was a disaster – no one wants to be embarrassed in front of Adi Da like that again, but maybe you can inspire people.’

Hmm. This felt like a set-up. Michael told me Beloved had suggested a black comedy satirizing Ashram life.

I said ‘no’, I really wanted to drop out on retreat and not be ‘working’ even if it was writing comedy, and besides I could be left all on my own trying to make something work out. It was a big risk I thought.

That evening I was in the kitchen. Deirdre Garvan one of the Naitauba residents was there. She had heard i had said I wouldn’t do it, ‘Simon you must do it, this is an opportunity to participate with Beloved Adi Da so He can do His spiritual work with you.’ She persuaded me to say I would do it, so I did.

That night an idea came to me to do a satire based on The Rocky Horror Picture Show, a movie that I knew Beloved enjoyed watching. Each night when everyone was asleep I lay in my bunk with a torch lighting my paper writing the script. Ideas kept flowing effortlessly like I was channellng some high comedic Power, some Priest of Comedy who resided in another world. I had to stop myself laughing out loud because my fellow retreatants were sleeping.

To cut to the chase I wrote a skit ‘the Rock of Naitauba Picture Show’ and also a rap I wrote for two female devotee residents, from the perspective of them being Kanya Applicants. ‘Kanya applicant’ was a term used for female devotees who wished to put themselves forward to be considered to be one of his ‘kanyas’ – one of his intimate household of female devotees.

These two ladies had been told that being His kanyas was not their right form of sadhana (spiritual practice). They were humorous about the apparent ‘rejection’ but also still longing to be His kanyas, so I put myself in their shoes and wrote a rap for them to sing, from the perspective of a female devotee making her plea to Adi Da from this place of wounded, frustrated longing.

Mike Dawson helped me with the script, and in assigning roles to various devotees, and persuading and inspiring people to participate, and Deborah Helleren, produced the show, theatrical production being her professional expertise.

Fast forwarding past all the rehearsals it was now the day of the show, New Year’s Eve. In the late afternoon all the devotees on the island attended a profound ceremony with Adi Da present at Sri Mahamantra Chakra, the fire puja site at The Matrix, where His House is, the spiritual initiation of some female devotees as His formal kanyas. It was heartbreaking to see and feel Beloved Adi Da’s love for His intimate devotees and their love for Him.

It was beginning to get dark when the event finished. We piled in the truck to go back to the Village where the event was going to be held in Hymns to Me. We still had lots of last minute preparation to do and also the devotees involved had been serving so hard at their regular service they still had to get their costumes sorted out. I thought maybe we had a few hours to get ourselves ready. To my horror a message came on the walkie talkie:

This stopped my mind. I never heard anyone speak in terms of Adi Da ‘wolfing down’ His meals, and we were so unprepared. I really felt Beloved putting me and all of us in a pressure cooker. He was using this opportunity to test us and ‘work’ with us. Everyone went into a semi-panic and when we got back to the Village it was mayhem. I had not written myself into the Script but at the last moment a devotee dropped out and i had to take his place. I was going to be in the ‘Rock Of Naitauba Picture Show’ skit dressed as a kanya applicant, as a woman, and I had not had time to get my costume together.

It was crazy. I ran from Fijian bure to bure (the houses devotee residents lived in), asking, begging the women to borrow panties, bra, dress, stockings, but the women were not interested in helping, because they were feeling so much time pressure themselves to dress up for the party night. In their panic they were even a bit rude to me! Really self possessed and self-obsessed! Under the force of Adi Da’s pressure that he puts on the ‘ego’, Narcissus the self-contracted, loveless character, is often exposed and magnified.

Finally I managed to get some clothes. I ran to the kitchen to find some beer to help me relax. I was feeling anxious and nervous. The two skits I had written were ‘on the edge’ and raw, the comedy included parts dealing with subjects that in certain contexts or by some or many people might be considered bad taste or vulgar or taboo, especially perhaps in an Ashram ‘spiritual’ setting, subjects like sexual fetishes, sadomasochism, masturbation, transvestitism and sex change operations, for example, and the comedy was ‘personal’ ther were references to individual devotees, to their habits and personality quirks. Also the Guru Himself, His Teaching, His human and Divine play with His devoteees, including His kanyas, His habits, behavious and characteristics, was all mixed in.

Potentially the whole event could be a personal disaster for me. If the Guru found it offensive or ‘wrong’ or if He wanted to use the moment to teach me a lesson, it could mean, I imagined, even being sent off the island back home, or Beloved taking it as a sign that the worldwide spiritual culture was not properly conformed to Him and shutting down, stopping the retreat process, or ending the festive celebrations.

As well as the Rock of Naituaba Picture Show skit and the rap there was a third skit that I had not written, a song performed by two of the men residents on the Island. I think most of us agreed this third skit was not very good.

So I was drinking a beer in the kitchen and Stanley, Adi Da’s driver of His M Cart for the night, runs in. This meant Adi Da had arrived.

Stanley tells me excitedly -‘Simon I was just driving Adi Da around Cow Downs (where the road bends) and Adi Da began laughing uproariously, harder than I think I ever saw him laugh. I asked Him what He was laughing at. He told me He had just seen the whole party night ahead in pre-vision and two out of the three skits are hilarious’

In that moment all anxiety left my being. I felt that Beloved wanted me to be completely relaxed and relieved of anxiety so I can enjoy the show and so He can work with me deeper. I felt it as a unique gift. What other creative person, performing for people, ever had the luxury of already knowing their ‘performance’ is a success even before it happens?

As my two women friends began their rap to Adi Da I was standing outside looking through the window, dressed up in my womens outfit, ready to go on stage. Adi Da was totally enjoying the rap, and the ladies singing their hearts out to Him, lines like –

‘Guru Da we’ll make no fuss, even though we know You’re never going to…..fuck us’

‘Beloved Da why stop at four, Upasani Baba had many. many more’

He appeared beside Himself with enjoyment, nearly falling off His Chair
I think it was the happiest moment of my life. He had taken all my attention off myself, my performance anxiety.

All my attention was on Him. My Guru was laughing. My Guru looked pleased. His Happiness was completely absorbing and infectious.

Self-forgotten in Adi Da, my beautiful Guru, my Beloved who saved me and saves all beings Who turn to Him and commune with Him, distracted beyond themselves to The Only One Who Is 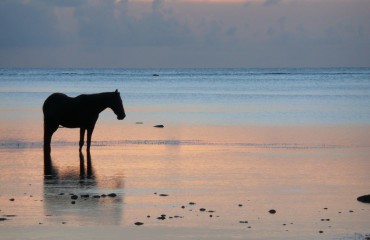 You Undream The World 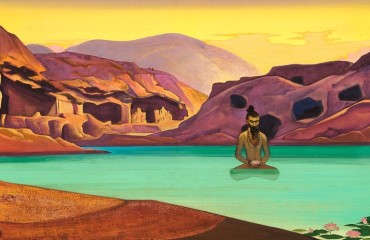