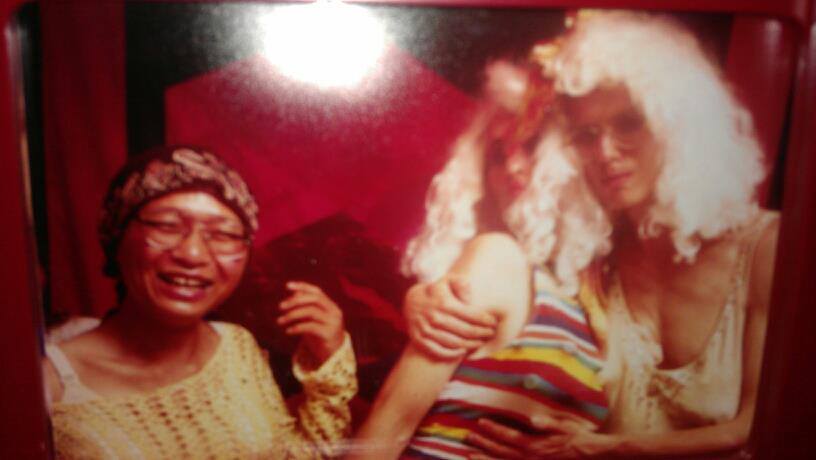 Frank Hayes and I had dressed up as Kanyas for a New Years skit.

It was for fun, but the bhakti, the love, the attraction, the devotion kept growing. Beloved Adi Da was driving us crazy making us into His gopis. We were so filled with adoration of Him. It was hard to contain ourselves.

One day there was a Darshan near His House. It was a drive-by Darshan. His car drove by. He Gazed at us through the window as we were standing there lined up in a row, respectful, attentive, transfixed on His Beautiful bodily human Form. In love

His Gaze was so Sweet, so filled with Love, so Free, so heart-broken. It felt to me He just so much Wanted us to be in His Love-Bliss Consciousness, utterly and boundlessly Free like Him. He Showed us His Sign. He Transmitted His Ecstatic State.

The car drove by and carried on up the slope.

Frank and I were beside ourselves with Happiness, with Bhakti, with longing to be with Him forever.

We broke out of line and ran up the slope following the car. Our bare feet were hurting on the stones and gravel, but we didn’t care. We were out of our minds in love with Him. We ran shouting praises, ecstatic, fools in love, until we were out of breath and the car and Beloved disappeared from view.

My understanding is this:

Ultimately every being will be His devotee
Every being in every world will become His devotee in one world or another, and in one instance or another Realize Him and Realize Eternal Happiness and Freedom
That is what He Said
What a miraculous Being Heart-Master Adi Da Samraj, the Great One, Is 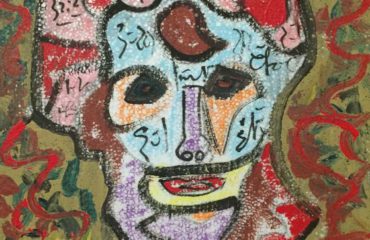 ‘Vishvamitra And Menka: A Love Story Of Our Times’