‘Why has Simon got hair hanging down to his tits?’

When I was a young boy I liked my hair to be a bit long, like the Beatles! But my mum had different ideas. She would drag me, literally screaming, to the hairdressers ‘Jons’, in Orpington High Street. When I was much older I went through periods of having a ‘number one’ tennis ball cut (practically shaved) to growing it long like Rick Wakeman of Yes, then getting a number one again. Then getting it as long as Rick’s again. I loved the extremes, and I loved shocking family and friends, seeing the reactions when I veered from one extreme to the other.

In 2001 I was serving Adi Da, for a while, in a very senior ‘cultural’ position, as a member of the ‘Samrajya’ at The Mountain of Attention Sanctuary at Tat Sundaram. It felt very special, like I was one of the few members of what I perceived to be the most radical ‘group’ within the most radical spiritual community on the planet, intimately serving the most radical Being Who has ever Lived, and I know that alongside my genuine desire to serve Adi Da I was egoically attached to feeling a bit special. I was living on almost no money, hand to mouth, sleeping on the floor, or a cheap inflatable mattress from Walmart in the barest room imaginable, which I shared with another male devotee and a rat. I felt wild and untamed, escaped from the world of suits, and mum and dad, and everyone trying to control me. I had nothing so I had nothing to lose, except my ego!

I noticed a couple of Adi Da’s security guards had long hair, a bit wild, they looked strong and macho with tattoos, like really cool men! I felt like ‘ok now’s the time to be wild, unfettered and free, break out from all the conventions, just be myself. I started to let my hair grow, and grow and grow some more. I didn’t trim it, though mostly I did brush it and put it in a pony tail, so it looked reasonably tidy. On the occasions I had let my hair down it did sometimes attract attention. On a trip to Los Angeles, I was going up an escalator, when two very attractive young girls at the bottom of the escalator started screaming and saying’ oh my God its him’. Then not so sure they asked – ‘is it you Steve?’. Although tempted to say ‘yes’ and take them back to my hotel that I didn’t have the money for, I said ‘no I’m not Steve Tyler of Aerosmith!’. They looked a bit sheepish.

One day we were called for Darshan, and I couldn’t find anything to tie my hair, or even a brush. By now it was very long and wild, and if you saw me in the street, apart from my lack of spiritual realization and my levi jeans you would have been forgiven if you had mistaken me for Rang Avadhut, or some yogi with long wild, unmatted hair, that looked like birds might be nesting in it. I felt anxious and self conscious when I sat for Darshan. I didn’t want Adi Da to see my hair was so long and wild, substantially longer than His, which was quite long at the time. I sat right at the back and tried to hide behind the devotees in front.

After the Darshan Adi Da sent me notes, a written personal communication, passed on to me by Quandra Sukhapur. He said that my hair was too long and untrimmed, ‘why has Simon got hair hanging down to his tits?’ that within Adidam only He and future seventh stage devotees would be allowed ‘unrestricted hair growth’. He Said His long hair was a sign of His Wild, Free, Radical Seventh Stage Realization. The reference to my tits was in part an ‘in joke’ between Him and me, because in a skit I wrote for Him in 1995, I dressed as a kanya applicant in His Company, and He had Said ‘Simon your tits are wonky’.

Trying to straighten my Fiji beer bottle tits (small bottles!) I said ‘Beloved I was trying to overwhelm You with my tits.’ He roared at me ‘Simon I can’t be overwhelmed.’ Also I took it as a reference to my man boobs, that I feel happier with and less self conscious about, since He made this comment, so full of His Personal Regard and Love. My man boobs have been Blessed.

He told me to have my hair cut. He Said I didn’t need to get an army crew cut, but I needed to look more conventional especially because at that time I sometimes represented Him in public, as a public speaker and missionary. He said people in general make judgments about people based on their appearance, so I should have a more conventional hairstyle, because I was representing Him.

I had my hair cut by Lucas, who sometimes cut Adi Da’s hair and the Kanyas, somewhere near Love’s Point. I felt very happy having my haircut, because I was remembering Him all the while. As He Says of one of the secret’s of being obedient to Him (paraphrasing slightly) : ‘if you want to go to a party and your father tells you to paint a wall, while you are painting the wall you will have no trouble remembering your father.’

Generally many people don’t like being controlled. Because of my egoic reaction to my mother, whose control over me when I was young was pathological, because she suffered from a devastating obsessive compulsive disorder, I have tended to over-react to any feeling I am being too much controlled. One important aspect of Beloved’s healing of me has been to enable me to accept a certain amount of being controlled by others, which He says is necessary to mature as a human being.

Beloved Adi Da always Said the thing to me that Helped me. He always knew and knows exactly what I need in a spiritual sense, in order to grow and keep growing in His Light. And even now that He is physically not on planet earth anymore I feel Him, in and through His written and recorded Teachings, and in my resort to Him in all kinds of ways that He instructed us in, throughout every day, directly and ‘personally’ instructing, helping and directing me. I feel His Person of Boundless Love Growing me and moving beyond the limitations of my apparent self to the Freedom and Bliss that He Is. It is a Mystery to me how this happens, how a relationship can feel so alive with someone physically dead, who I spent comparatively little ‘physical’ time with, compared with other people in my life. It is a Mystery but this relationship With Adi Da is the most Real thing in my life, and when other things sometimes seem unreal, or illusory or they are apparently taken away from me or they seem to ‘fail’ for me and to be not dependable, this ecstatic love relationship with my Guru Beloved Bhagavan Adi Da Samraj, remains,

Many people criticize Adi Da. But anyone who got or gets close enough to Him, and I mean devotionally not necessarily in any physical sense, but through devotion and following His Instructions, knows beyond a shadow of a doubt that Everything He ever Said or says is the Truth, and that He Is Pure Love, the Light that is illuminating this world even in the apparent darkest of times, The One Who Is Living as all beings in all times and places, Awakening every ‘one’ from the dream of existence to the Reality of Absolute Love-Bliss Consciousness that Is The Only Identity of you, me and all beings. 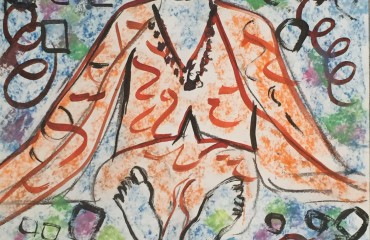 I Hid Behind The World 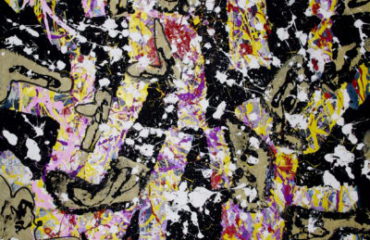 Q & A – What’s your strongest memory of your childhood?