Painting: The Cyclops by Odilon Redon

Many years ago now I went to a mystics and psychics fair in Battersea Town Hall, London. Gavin Brown had organized an Adidam stall selling Adi Da’s books. My help was not needed so I wandered around the hall. Nothing interested me, except one stall, which had a sign ‘I have the most powerful mind in the world.’ This rather extravagant claim intrigued me and I decided to pay ten pounds to speak to the man who was in possession of this apparently remarkable mind, and have a ‘reading’ by him.

I was curious to see what would occur if as I spoke with this chap I intensively invoked Adi Da Samraj, whether this man’s mind would be affected by Adi Da’s Siddhis (spiritual powers) that I was calling upon. As a full time missionary for Adi Da Samraj I spent many hours every week immersing myself In Adi Da’s books, videotapes and audiotapes, consciously (as a friend of mine described the process to me) ‘replacing’ my apparent mind ‘with Adi Da’s Transcendental Mind.’ I knew this man’s mind could not hold a candle in terms of ‘power’ to Adi Da’s Transcendental Mind. Such a bold claim as this man was making should, it seemed to me, be put to the test.

The man was remarkable in his ability to tell me things I already knew. Immediately he noted that I was a full time religious worker for a spiritual organization. There was nothing about my appearance or anything I had done or said up to that point that would have given him any clues. He told me other things about my life that were spot on. I was very impressed. However every time he tried to tell me something new, or give me an insight, or predict my future he ran into a roadblock.

I answered every question and responded to every comment he made as honestly and openly as I could. I was not trying to catch him out or obstruct him. I was quite willing for him to prove the power of his mind to me, and let it be a force for something positive, or a catalyst for change.

He made various suggestions that just did not resonate with me because Adi Da’s radical approach to spiritual life was clearly coming from a much more profound perspective than the points of view this man was advocating. He told me what he clearly felt I would receive as important insights into my life, but everything he said fell flat because Adi Da had already Revealed all of it and much more to me. When he spoke to me of things that he predicted would happen to me in my life that in his mind were very positive he could see that they held no meaning or significance or interest for me.
Over the half hour or so we were talking this man became desperate . He was like a man trying to climb a cliff, where he could not get a foothold anywhere, where the cliff face was crumbling, and he was losing his grip.

At some point the man gave up, he said something like – ‘excuse me a while, I have to go inside myself, and ask some deep questions about my life, what direction I should take, whether there is any integrity in my life and what I am doing altogether. Suddenly everything I am doing is in doubt. There is a very pure energy coming through to me as we are talking and it has put me in a deep crisis.’ For several minutes he sat silently with his hands clasped over his face and his head bowed down, as though intensely contemplating his life.

When he lifted his head and faced me again I thanked him. He said ‘I don’t know why you are thanking me. I couldn’t tell you anything.’ He handed my ten pounds back saying he couldn’t take the money. He asked me about my Guru, What His Name was. I told him. We said goodbye to eachother. Soon afterwards I went to the Adidam stall, took an Adidam introductory brochure and gave it to him.

I appreciated this man very much, his honesty and vulnerability.

As I write this something else occurs to me. I didn’t stay in touch with this man and I can’t even remember his name. Just as Adi Da’s Purity reflected this man to himself, so Adi Da’s Purity and this man’s sensitivity to that Purity, reflects to me my immunity, my unlove, the hardness of my heart, how I tend foolishly to give power to my ‘egoic mind’ (Adi Da once used this phrase to describe my mind once, referring to thoughts that had ‘been straying in your egoic mind for years’)

‘The body must be on fire. The heart must be open in love to Me. The head must become like a yoni, Bhagavan, My Pillar, extended infinitely Above, directly coming from my Heart. No satisfaction without entering into Spiritual Communion with Me, Spiritual life, because it’s the heart that is suffering. No exercise of balance and achievement in the body alone is satisfactory, because everything passes.

The heart has a question. The heart must be satisfied. And without that satisfaction, which is necessarily a Spiritual one- but a direct one, not imaginary – without it, there is no mode of association with real Happiness.’ 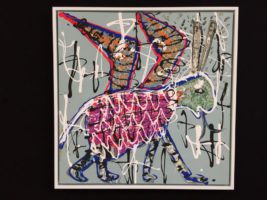 I Once Had A Bird 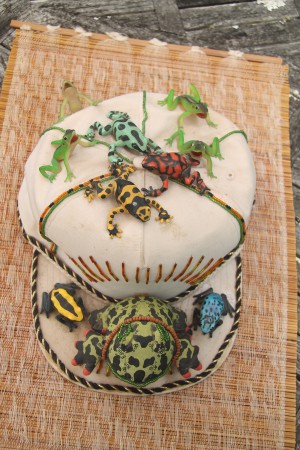